Thank You To Our 2022 Sponsors

Previous
Next
Learn More About Sponsoring

The Inflation Reduction Act (IRA) is the most significant piece of funding for America’s response to the climate crisis and energy security at US$369 billion. It could cut emissions by 2030 up to 41% against 2003 levels, based on modelling by Energy Innovation.

The IRA would see the investment tax credit (ITC) reinstated at the rate of 30% and the production tax credit (PTC) at 1.5 cents per kWh (the PTC would be available for solar facilities). Neither would phasedown for projects placed into service in 2022 or later but would be subject to phasedown once annual greenhouse gas emissions fall by at least 75% from 2022 levels. The ITC would include a 30% standalone credit for energy storage which met the same conditions.

A 10% local content bonus would be on offer as well as a 10% bonus for projects built within certain communities where ties to traditional energy sources exist.

Loans would be available from the DOE, drawn from a US$40 billion pot under Section 1703 of the Energy Policy Act of 2005 and a US$5 billion fund for activities covered by Section 1706 of the act. Other provisions have also been made for EVs, hydrogen and energy efficiency.

Hurdles remain in terms of getting understanding the implications of the Act which will be discussed at Solar & Storage Finance USA.

You will hear directly from funds, banks, developers and utilities who will discuss next steps for the industry.

Next Steps for the Supply Chain

How to Value Existing Assets

Challenges With End of Life & Repowering Thank You to Our 2022 Sponsors & Partners 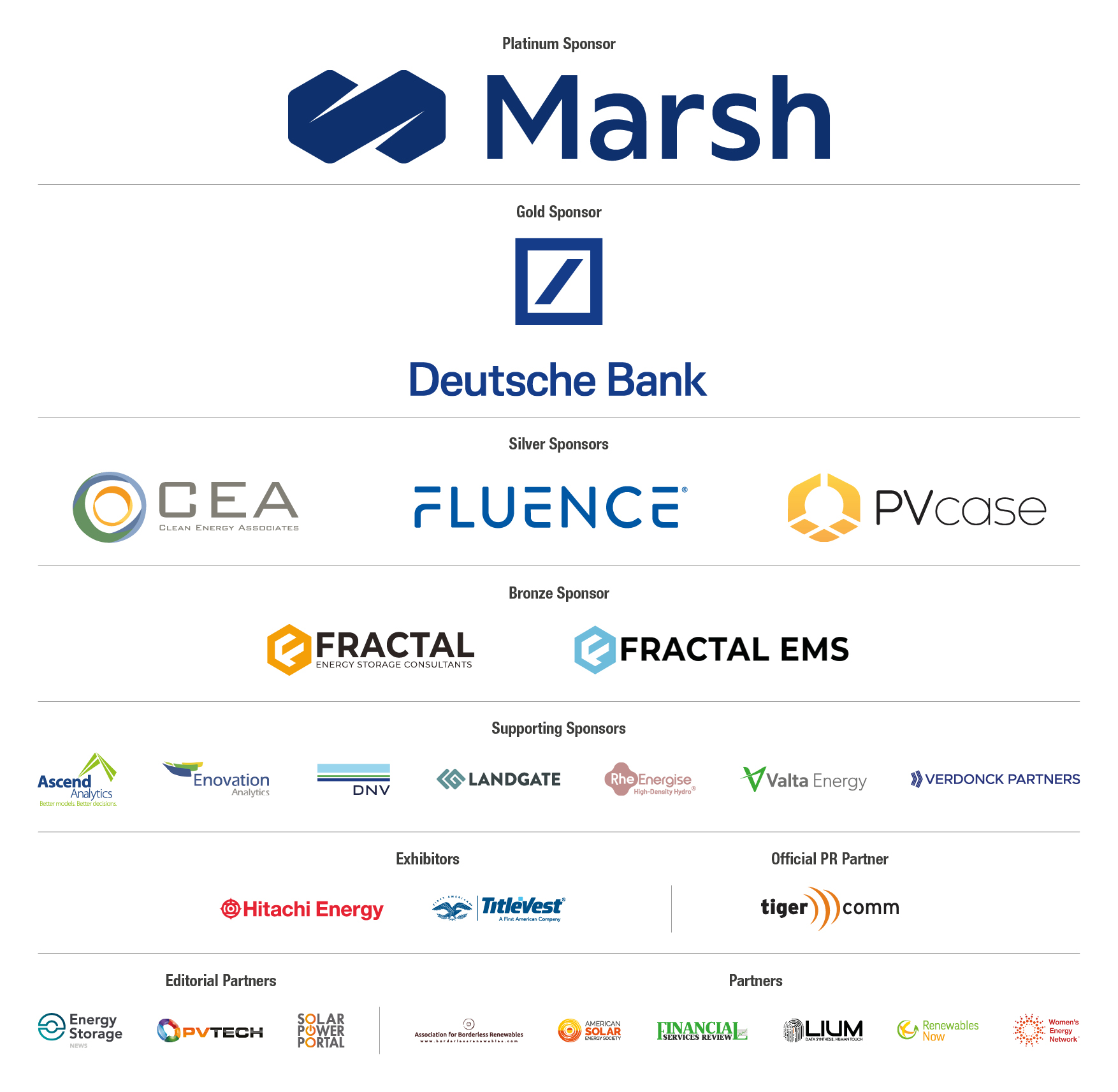 Renewables asset owner Brookfield Renewable is planning to commission at least 10GW of clean energy projects in the next three years, leveraging its newly acquired US solar businesses.

Aspen Power Partners, a US distributed generation developer, has received a US$350 million investment from global investment firm Carlyle. It said that the funds will be used to fuel its growth and acquisitions strategy.

‘The IRA is a tremendous accelerant to solar growth’: Brookfield Renewable builds US PV portfolio

Renewables asset owner Brookfield Renewable is planning to take advantage of policy headwinds stemming from the US’s Inflation Reduction Act as it bolsters its presence in the commercial and community PV segment with the acquisition of Standard Solar.

US renewables developer Pivot Energy has secured a US$100 million revolving development loan facility to fund its solar and storage pipeline across the US.